The Alpha Chi Chapter of Phi Kappa Tau was originally chartered at Mississippi State on April 30, 1938. In 2014 the chapter was recolonized and re-chartered on April 30, 2015.  It quickly became one of the fastest growing fraternities on MSU’s campus. Re-Chartering with 35 brothers, we have nearly doubled our numbers since our return. The road to where we are today was difficult, but the hard work and dedication by our Alumni paved the way to where we are today. We are a true brotherhood trialed by fire. We may be one of the most diverse chapters on campus, and we are also the closest. We support each other in triumph and defeat. There is nothing in this world that can break the bond created by this brotherhood, and the relationships created in this fraternity will most certainly last a life time. College is a huge 4 years for anybody, and we at Phi Kappa Tau get to say we spent it with the greatest group of guys ever assembled. 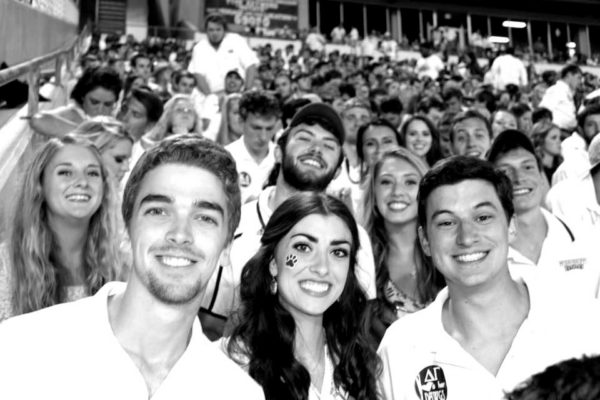 The mission of Phi Kappa Tau is to champion a lifelong commitment to brotherhood, learning, ethical leadership and exemplary character.

The vision of Phi Kappa Tau is to be recognized as a leadership organization that binds men together and challenges them to improve their campuses and the world.

A friend loves at all times,
and a brother is born for a time of adversity.